Go from hobby to profession with Paul C. Buff, Inc.

Do I need an update? How do I know which version I have?
When your Einstein™ unit is first powered on, the firmware version will flash on the bottom of the screen for approximately 2 seconds. The firmware version can also be found on the diagnostics screen in the lower left corner. If you can’t find it, call us and we’ll help determine your version.

Please read all instructions before beginning this firmware update. Even if you have updated the firmware on your Einstein™ unit before, please review the instructions for this update as some steps have changed and there are special requirements that are specific to this update.

DOWNLOADING AND INSTALLING YOUR UPDATE

WHAT YOU WILL NEED 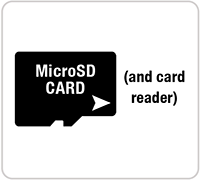 MicroSD memory card
MicroSD card (32GB or less in capacity)
New card or an empty card that has been formatted (FAT, FAT16 or FAT32)

STEP TWO Copy the firmware to your MicroSD card 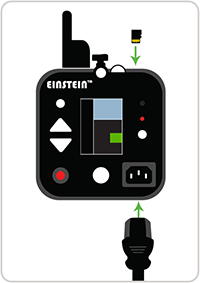